Monday to Saturday
from 9am to 5pm

The site is intended for persons over 18 years of age. 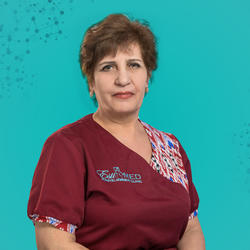 1978-1979. - Tashkent Medical Academy, clinical residency in the direction of "obstetrics-gynecology"

1988. - "Surgical interventions in obstetrics and gynecology"

1992. - "Problems of the state of elasticity of the walls of the vagina after repeated delivery"

2014 - "Actual issues of obstetrics and gynecology"

-front and posterior colporaphy (plastic of the vagina)

-nonvaginal amputation of the uterus

Ask a question in the messenger!